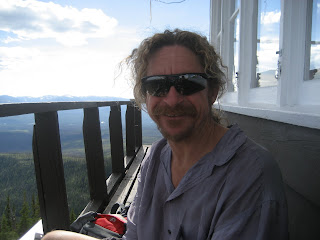 Posted by glaciergrueven at 22:04 No comments: 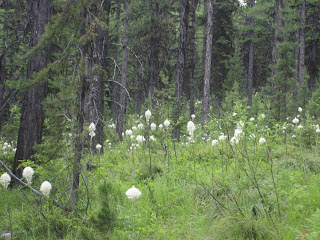 Posted by glaciergrueven at 21:52 No comments: 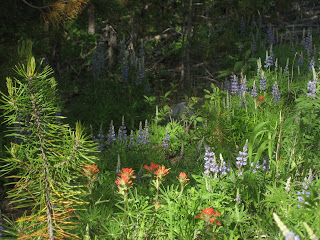 Posted by glaciergrueven at 21:38 No comments:

Daniele and I on Numa 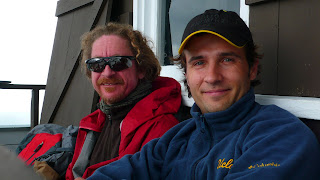 Posted by glaciergrueven at 12:12 No comments: 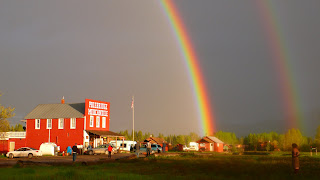 Posted by glaciergrueven at 11:52 No comments: 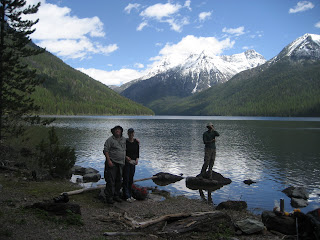 Posted by glaciergrueven at 08:07 No comments:

Winter on Wednesday, summer on Friday 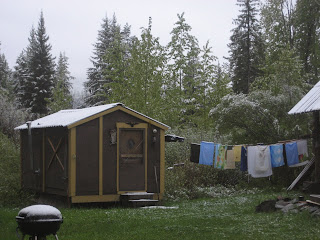 Posted by glaciergrueven at 08:41 No comments:

Obama weighs in on proposed BC mine projects

Now This is MY president!

by MARK HUME the globe and mail

A wild British Columbia river has become part of the political landscape in the U.S. presidential campaign.
With voters in South Dakota and Montana going to the polls today in the last two primaries in a dramatic race for the Democratic nomination, front-runner Barack Obama appealed to environmentalists - and a few superdelegates - by throwing his support behind a campaign to halt a proposed coal mine on the headwaters of the Flathead River, in southeastern B.C.
"Barack Obama supports efforts by Senators Max Baucus, Jon Tester as well as Governor Brian Schweitzer to stop the Cline mine," Matt Chandler, of Mr. Obama's Montana press office, states in an e-mail that was released yesterday.
The three Montana politicians, all superdelegates at the Democratic national convention, have been strong critics of the proposed mine, saying it would pollute waters south of the border and threaten Montana's Glacier National Park.
"The Flathead River and Glacier National Park are treasures that should be conserved for future generations," stated Mr. Chandler in the e-mail, which was released by its recipient, Will Hammerquist, a Montana representative of the National Parks Conservation Association.
Mr. Chandler confirmed the e-mail and said it had been sent after consultation with Mr. Obama over the Flathead issue, but he declined to comment further.
Mr. Hammerquist, whose non-profit U.S. organization works to protect American parks, said it is an important statement by a heavyweight politician who appears on the verge of winning the Democratic nomination and possibly becoming the next president.
"I think it's significant," Mr. Hammerquist said of Mr. Obama's position. "That [statement] about supporting the efforts of Montana's federal elected delegation and the governor, to stop the Cline mine, is really strong."
Mr. Hammerquist said that if Mr. Obama becomes president, his interest in the Flathead would elevate the issue to the highest political level and could lead to an agreement between Canada and the U.S., and Montana and B.C., over collaborative management of the transboundary river.
"It's a huge signal for us on the American position on this issue," said Chloe O'Loughlin, executive director of the B.C. chapter, Canadian Parks and Wilderness Society.
"Here's a potential president of the United States on one of the busiest days of his career, on the eve of his nomination, standing up for this critical piece of wilderness in B.C. This is a very significant statement."
Ms. O'Loughlin said the decision over whether the proposed coal mine goes ahead clearly rests with B.C. and Canada, but Mr. Obama's statement shows how important the issue is south of the border.
"I think Premier Gordon Campbell and Barack Obama could be good diplomats on working towards an international agreement to co-operatively manage the river; that's what I'd like to see," said Ms. O'Loughlin, whose organization has been calling for protection of the Canadian portion of the river for 20 years.
Governor Schweitzer and Senators Baucus and Tester have for years been trying to persuade B.C. and Canada to add the watershed to an international network of parks that protects the Rocky Mountain landscape where B.C., Alberta and Montana meet. East of B.C.'s Flathead Valley region is Waterton Lakes National Park, in Alberta, and south is Glacier National Park, in Montana.
In a recent letter to Mr. Campbell, Governor Schweitzer described the Flathead as "one of the cleanest and wildest rivers remaining in America," and urged B.C. to protect it.
He suggested Montana and B.C. could reach "an agreement that provides B.C. with sustainable economic opportunities along our common border while protecting the upper Flathead River Basin."
Earlier this year, the B.C. government rejected a British Petroleum proposal to extract coal-bed methane in the Flathead basin, and recently the Liberal MLA for the region, Bill Bennett, said that coal mining should not be allowed in the valley.
But the most controversial proposal remains alive. Cline Mining Corporation has plans to remove 40 million tonnes of coal and 300 million tonnes of waste rock during a 20-year open-pit operation.
Posted by glaciergrueven at 08:01 No comments: